Milan, June 2015 – After having contributed to the restoration of the gold roofs on many of the world’s most prestigious buildings, gold leaf by Giusto Manetti Battiloro will now adorn a true masterpiece of contemporary architecture: the headquarters of the Prada Foundation, built in the south of Milan based on designs by archistar Rem Koolhaas of OMA studio.

Characterised by an split architectural configuration that combines several pre-existing buildings and three new buildings, the complex is the result of the transformation of a distillery dating back to the early twentieth century.

Its most unmistakable symbol is the Haunted House, a tower from the 1910s that houses a permanent installation conceived by Robert Gober (1954) and two works by Louise Bourgeois (1911-2010). Its exterior surface was entirely covered with gold leaf by Giusto Manetti Battiloro. 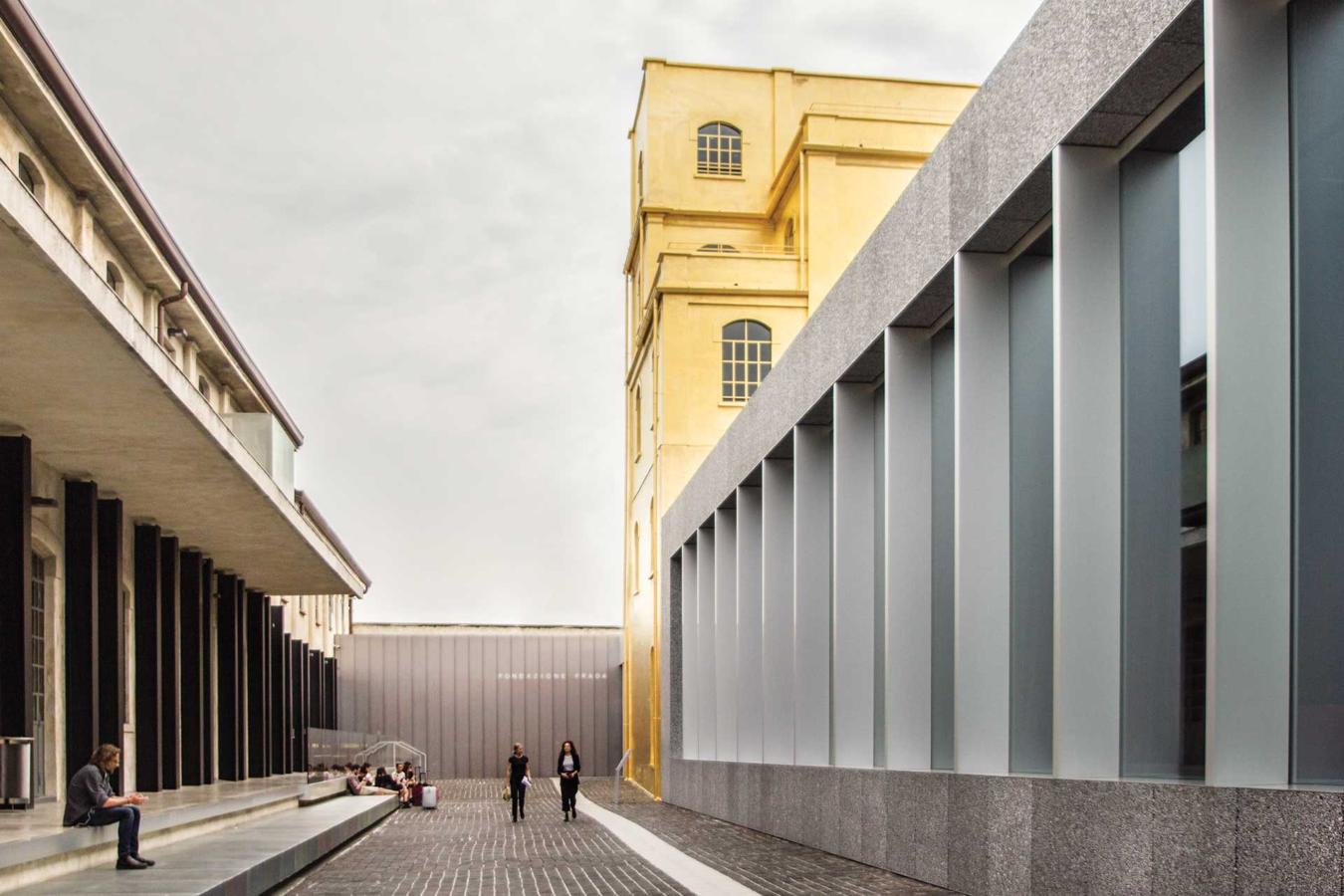 The 200,000 gold leaves, which make for a breathtaking display, create an extraordinary effect with the concrete, glass and aluminium foam surfaces of the adjacent buildings, and a surprising contrast with the surrounding urban landscape, which consists of public housing and industrial hangars.  As Koolhaas explained to Il Corriere della Sera “The gold covering the tower is a signal, a way to convey the wealth of this little-known part of the city, and a further invitation for comparison. The philosophy underlying this Foundation is that opposites should no longer exist, and that it is right to choose the pathway of peaceful coexistence between extremes. I thought that gold, being the most obvious symbol of wealth, might be the most effective tool to convey that concept: it could be easily used to bring value to that which was already there, and to transform what was once poor into something rich.”

Dutchman Rem Koolhaas (born in 1944) has designed a number of important buildings in recent decades (the Porto’s Casa da Musica in 2005, and Beijing’s China Central Television headquarters in 2011), and won the Pritzker Prize (the Nobel prize for architecture) in 2000, and the Golden Lion at the Venice Biennale in 2010.