MANETTI GOLD SHINES IN THE HEART OF CENTRAL PARK Made in Italy gold leaf for the restoration of the statue of General Sherman in New York’s Grand Army Plaza.

New York, March 2016 – Giusto Manetti Battiloro provided the 23.5 kt gold leaf used to restore the iconic statue of General Sherman in Central Park’s Grand Army Plaza to its former glory. The restoration efforts, which were funded by the Central Park Conservancy association, was carried out by The Gilder’s Studio, a group of craftsmen specialised in gold leaf restoration. 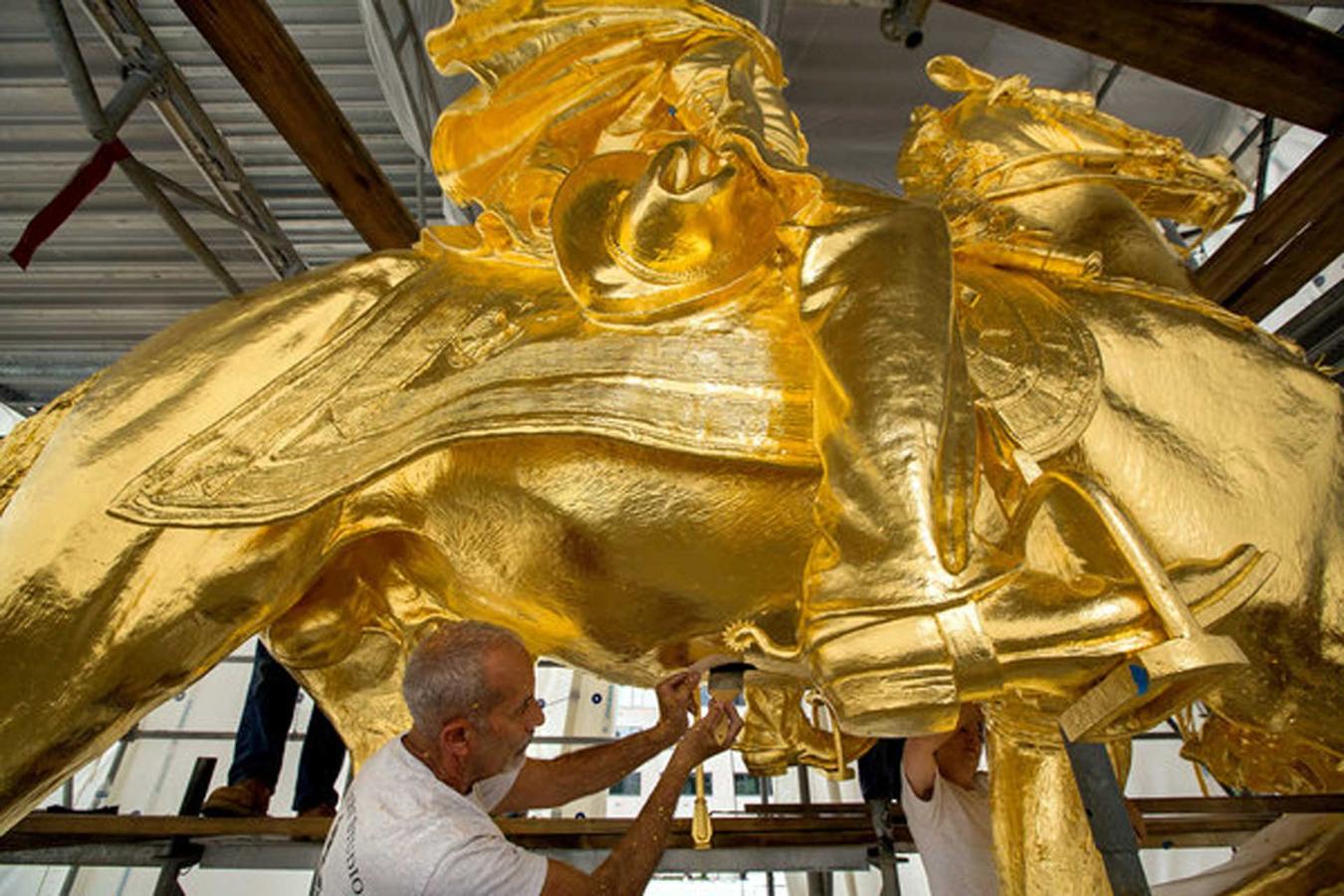 The monumental bronze equestrian statue, which was designed by American sculptor Augustus Saint-Gaudens in 1892 and finished in Paris in 1903, was gilded and antiqued by hand using the size gilding technique, a refined artisan process that uses glue made from of linseed oil, resin and pigments, and is normally used to apply gold leaf to small surfaces.