In the early 1600s, the Manetti family owned a small family workshop of gilders, engravers, decorators and gold beaters, who were entrusted with prestigious projects from the very beginning: in 1602, Matteo Manetti was hired by Grand Duke Ferdinando II de’ Medici to restore the golden ball atop the dome of the Florence Cathedral. It was the beginning of a story that would endure for generations. 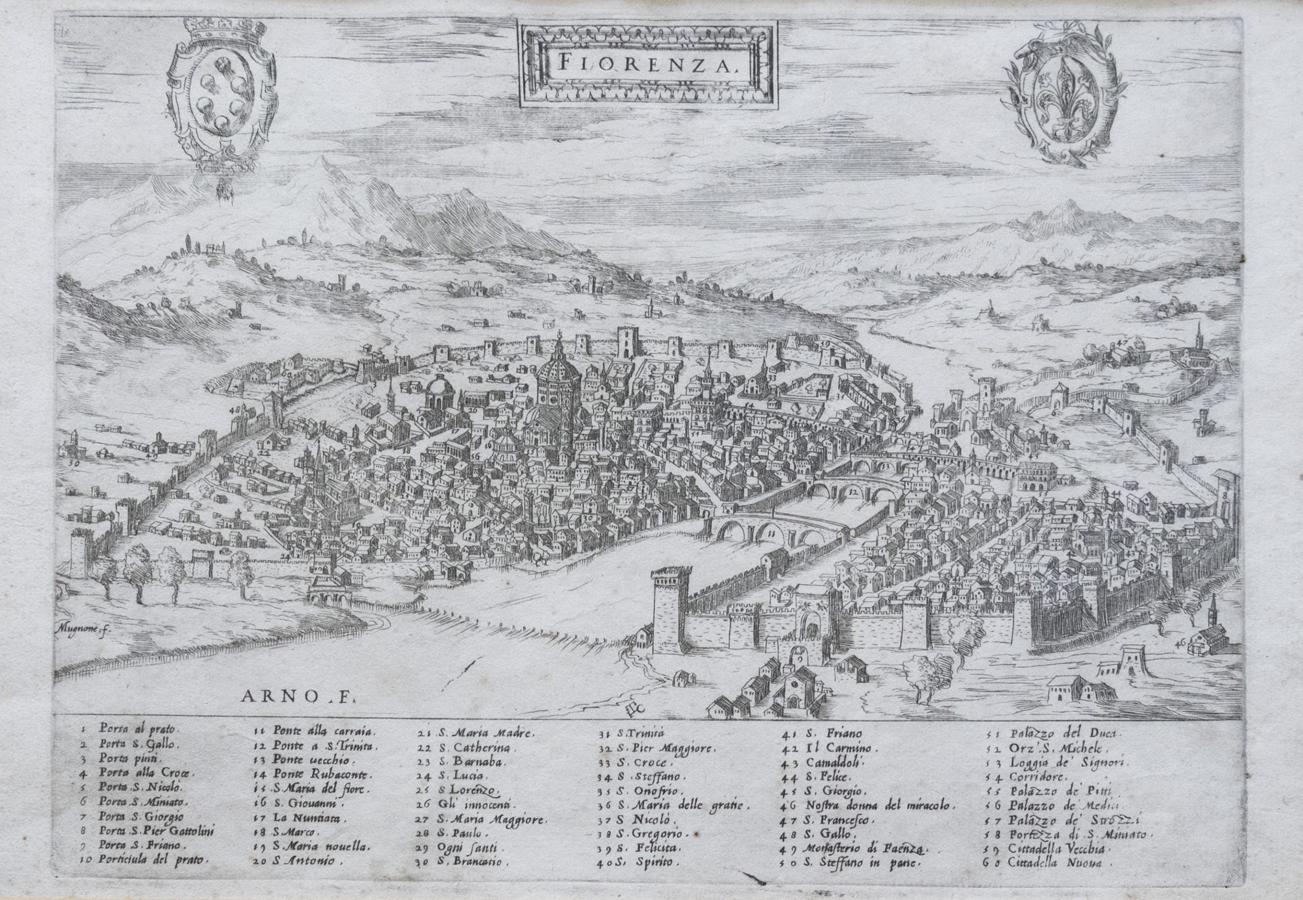 In 1601, on the night between January 26 and 27, lightning struck the gilded bronze ball of the Dome on the Florence Cathedral, which had been made by Verrocchio and was placed on top of Filippo Brunelleschi’s unrivalled masterpiece in 1471. The 1.8 tonne rolled down and crashed onto the pavement of the square below, causing a great deal of damage. The event caused such an upset among the population that the Grand Duke of Tuscany, Ferdinando II de’ Medici, immediately wrote a letter to the Cathedral’s builders asking them to urgently summon the city’s best architects and artists, including Bernando Buontalenti and Agnolo Bronzino. “Who he ordered, upon diligently exploring all the ruins, to work together and restore it according to its original architecture and form, without altering anything. And once these architects and engineers had agreed upon what they thought should be done, order them to put it on paper and send it to us so that we could order the work to be carried out.” During the transition between the planning stage and the execution stage, on April 15, 1602, the name of Matteo Manetti finally appeared in the Grand-Duke’s correspondence as a potential candidate for the job. “The names indicated here below”, the Cathedral’s architect explained to the Grand Duke, “are those of the master goldsmiths who can be engaged to restore the Ball.” Among them was “Maestro Matteo d’Agostino Manetti, who is said to have worked on the Ball of St. Peter’s Basilica in Rome, alongside Battino Bologna.”

Thanks to the success he had achieved with Michelangelo’s dome and his reputation as a talented craftsman, Matteo was summoned to the city to take on the restoration project. It was an extremely difficult job, and was rendered even more hazardous by the risks posed by the metal gilding system in use at the time, which entailed exposure to mercury fumes. But, in the end, the work was completed just one month after it began, on September 18, 1602. On October 21 of the same year, the ball was placed atop the dome and Opera di Santa Maria del Fiore and the Grand Duke of Tuscany’s delegates rewarded Matteo Manetti’s skill and courage by appointing him “Goldsmith of the Opera”, tasked with the restoration of all of the Cathedral’s “silver and gold wares, and containers and reliquaries.” It was the beginning of a story that would endure for generations: the work of this extraordinary Master gave rise to a true family tradition that has lasted for over four centuries.

In the years immediately following Maestro Matteo’s triumph, other family members were already carrying on with the workshop’s activities. It is thanks to them that the extraordinary wealth of knowledge of the goldsmithery, engraving and gold beating professions were handed down for generations, thus laying the foundations for a solid family tradition. They were certainly also assisted by the city’s economic policy, which allowed a Master’s son and relatives to avoid paying the tax for enrolment in their profession, thus financially and bureaucratically facilitating the continuity of the family business from generation to generation.

During this period the Manetti family maintained very close relations with the lords of Florence: Maestro Antonio Manetti worked on the restoration of the Medici Villa of La Petraia, and when Lorenzo Manetti was born in 1633, Don Lorenzo de’ Medici became his godfather, and gave the baby his Christian name at his baptism.

During the mid-seventeenth century, the workshop was moved to Santo Stefano in Pane, just outside the city walls: the move had become necessary due to the increase in jobs from the most illustrious Florentine families.